GOTHENBURG, Sweden: Though its causes can be unclear and multiform, the effects of dental anxiety in patients are well understood. As it increases, patients may avoid appointments and dental care, neglecting their oral health in the process. In Sweden, a study conducted at the University of Gothenburg for a doctoral thesis has found that the nation’s levels of dental anxiety have dropped significantly in recent decades, highlighting the benefits brought about by a preventive approach to oral health. 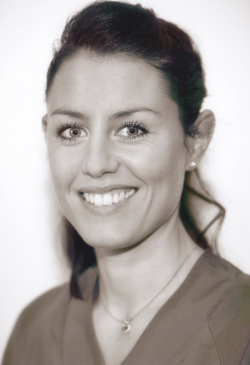 The nationwide study of 3,500 randomly selected adults from the Swedish population was conducted by Dr Lisa Svensson, a dentist in Sweden’s public dental service, as part of her research for a doctorate in odontological science at the University of Gothenburg. Of the respondents, 4.7% reported having severe dental anxiety, 4.5% said it was at a moderate level and 9.8% categorised their level of dental anxiety as low. The remaining 80.9% reported no dental anxiety—a startling figure when compared to a similar study conducted in 1962 that found this figure to be just 38.5% for the Swedish adult population.

According to Svensson, there is no single clear answer as to why dental anxiety levels have dropped in the Nordic country. “One may speculate that technical advancements and a greater focus on subjective values have developed in dentistry over the past decades, as well as a greater focus on preventive care,” Svensson told DTI.

Controlling the triggers for dental anxiety

In her study, Svensson found that pain and a lack of control were the most-feared stimuli reported by individuals with severe dental anxiety. Given the relative ease with which dentists can often control these triggers, it is incumbent upon the profession to engage in preventive measures and treatments to reduce patients’ anxiety, Svensson noted.

“Be generous with local anaesthetics—and general analgesics, if necessary—and give the patients the possibility to stop the dental procedure if they feel the need to do so,” she said to DTI.

While Svensson admitted that adult patients with severe dental anxiety “may be referred to specialised clinics” for psychological behavioural treatment, dentists nevertheless need to be able to handle these patients, since “from a clinical perspective, severely dentally anxious individuals commonly attend general dental clinics”.

“Dentists meet and treat these patients on a daily basis, and thus they need to be alert in order to identify patients with high dental anxiety,” she said.

“Be generous with local anaesthetics—and general analgesics, if necessary—and give the patients the possibility to stop the dental procedure if they feel the need to do so”

As for the impact of COVID-19 on dental anxiety, Svensson indicated that it is potentially still a bit too early to determine this. “Developing dental anxiety is a long process, but individuals with dental anxiety often avoid dental care, and the COVID-19 pandemic is a good excuse not to attend dental care and thereby delay necessary dental treatments,” she concluded.

The doctoral thesis, titled Dental Anxiety: Prevalence, Measurements and Consequences, was issued in November 2020 by Sahlgrenska Academy at the University of Gothenburg.

A prevailing myth in healthcare is that the expertise of practitioners is only accessible on-site. The reality is becoming quite different today. With ...

KOBLACH, Austria: With its Ceramill Direct Restoration Solution (DRS), Amann Girrbach has extended its integrated digital workflow to the dentist and ...

MALMÖ, Sweden: Research has shown that bruxism not only causes damage to teeth but may also result in implant failure. To further investigate the issue, ...

News Mon. 17 May 2021
The importance of pain management for young dental patients

GOTHENBURG, Sweden: In Sweden, free dental check-ups are provided for children and adolescents until they reach the age of 20. Whereas this means that much ...

News Tue. 21 December 2021
Interview: How to improve your prophylactic technique

Janne Ruokola, Planmeca’s sales manager for CAD/CAM products, has been working with CAD/CAM technology for more than ten years. In his career, he has seen...

EDMONTON, Alberta, Canada/LONDON, U.K.: Given that more than 2.3 billion people are estimated to suffer from dental caries, any potential advances in dental...

COLOGNE, Germany: LM-Dental, one of the world’s leading manufacturers of ergonomic dental instruments, actively works with dental clinics to ensure its ...